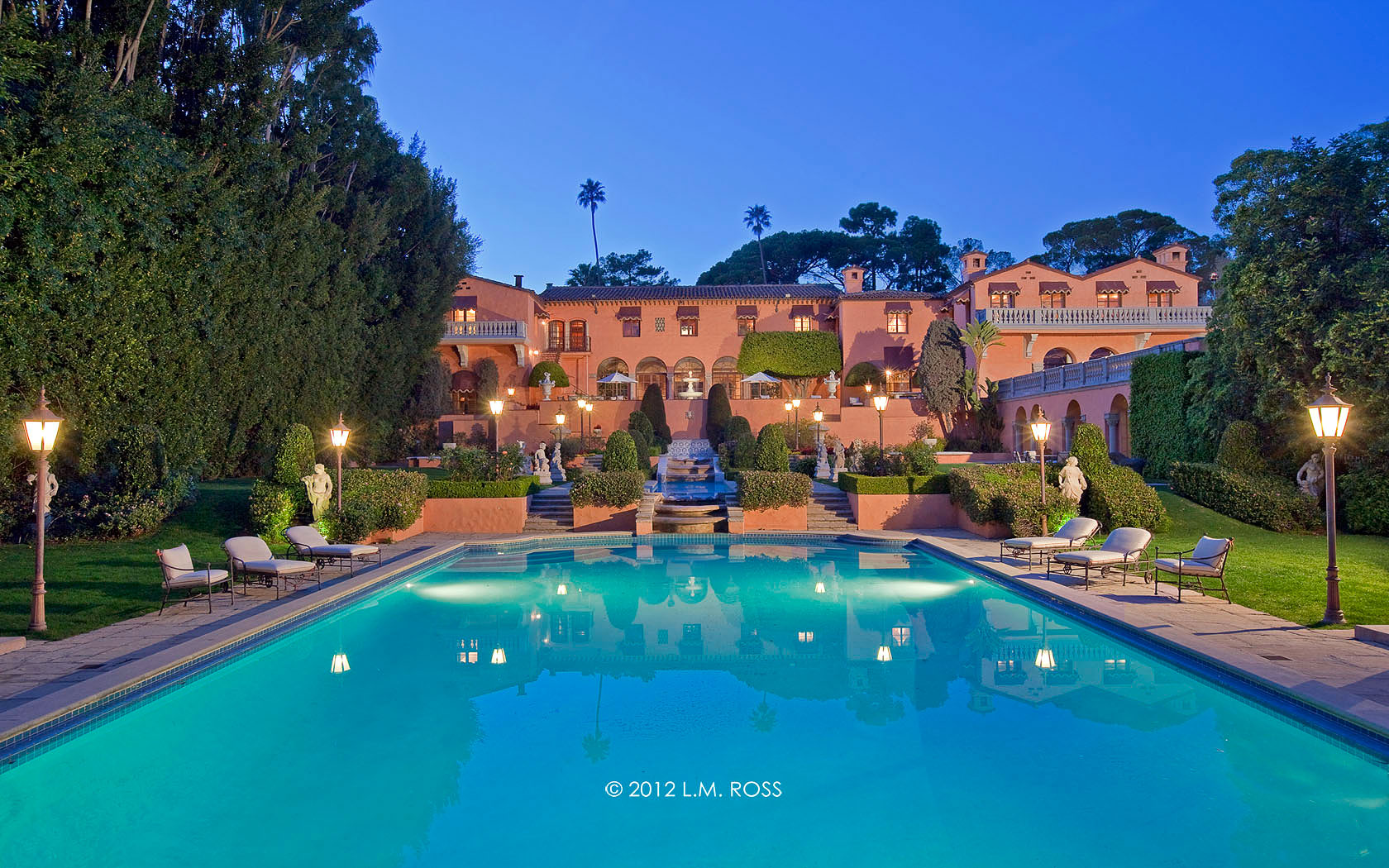 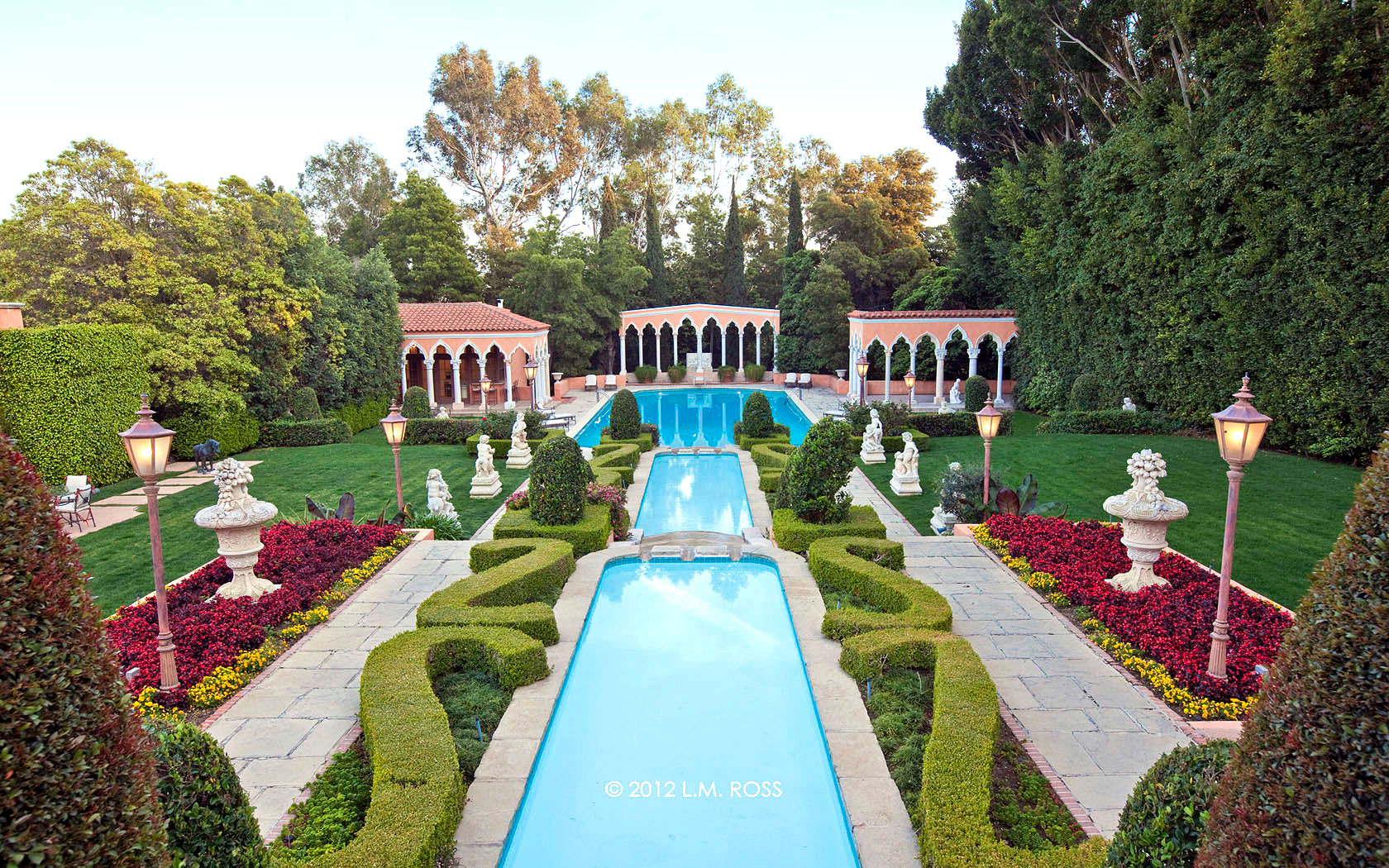 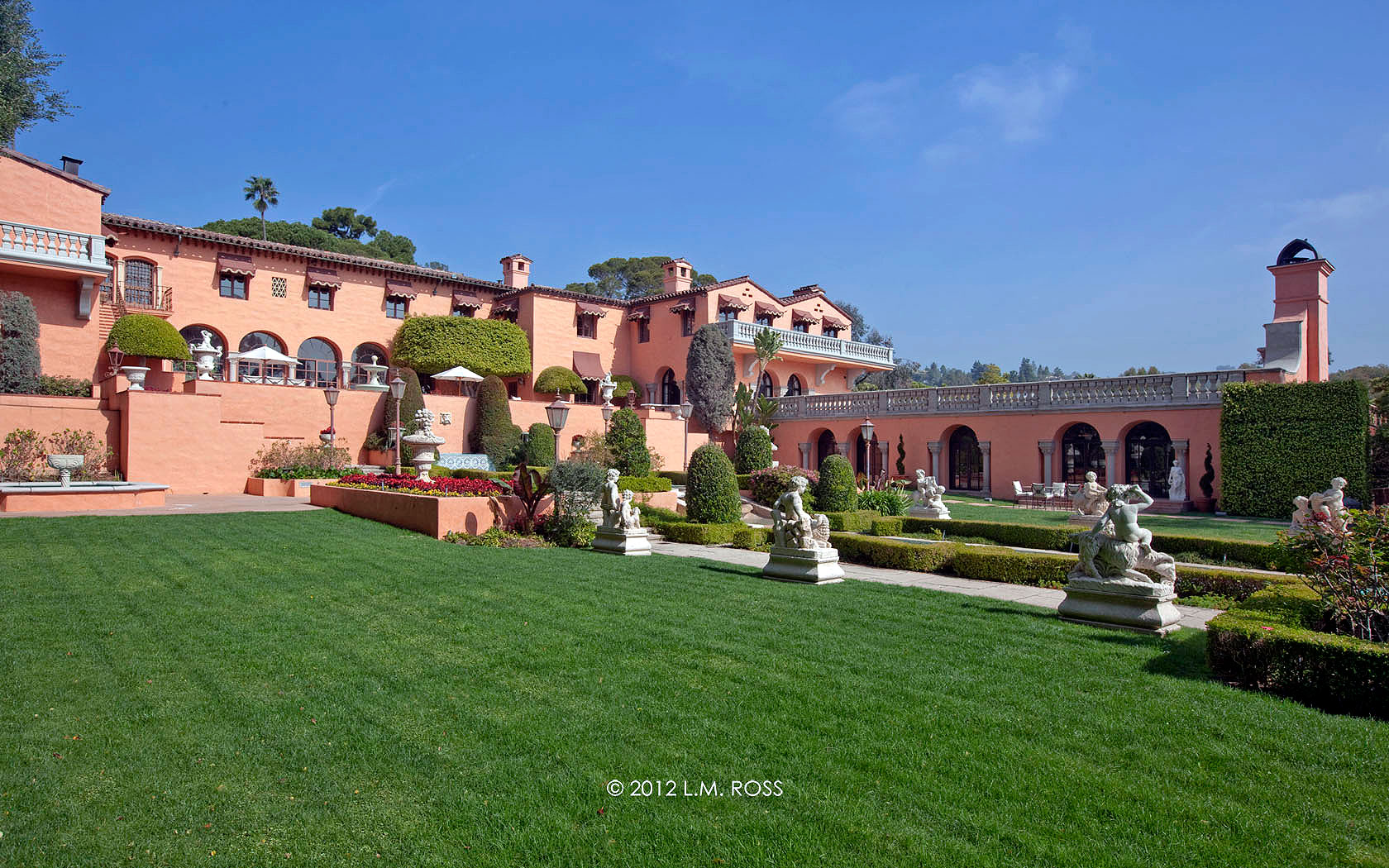 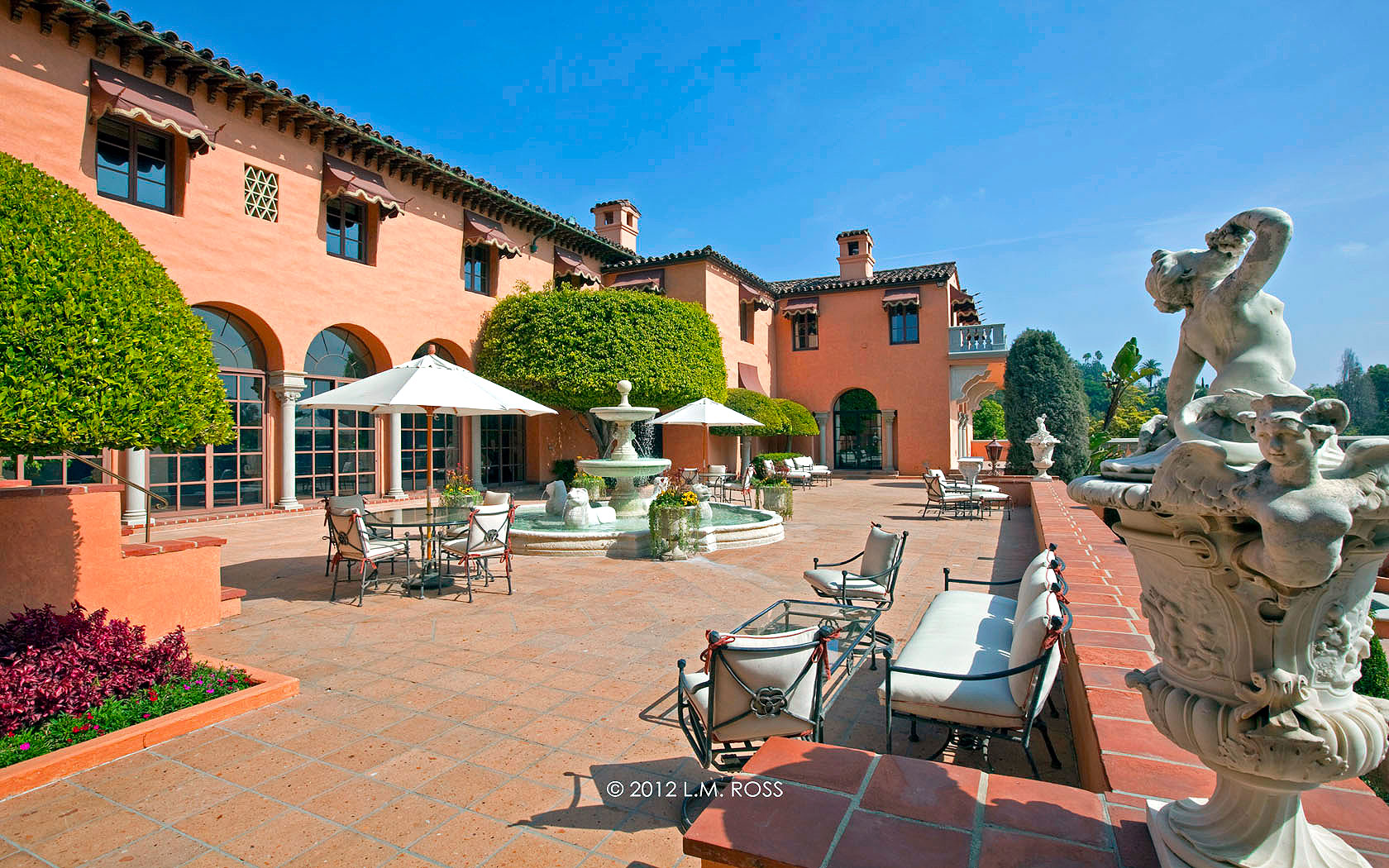 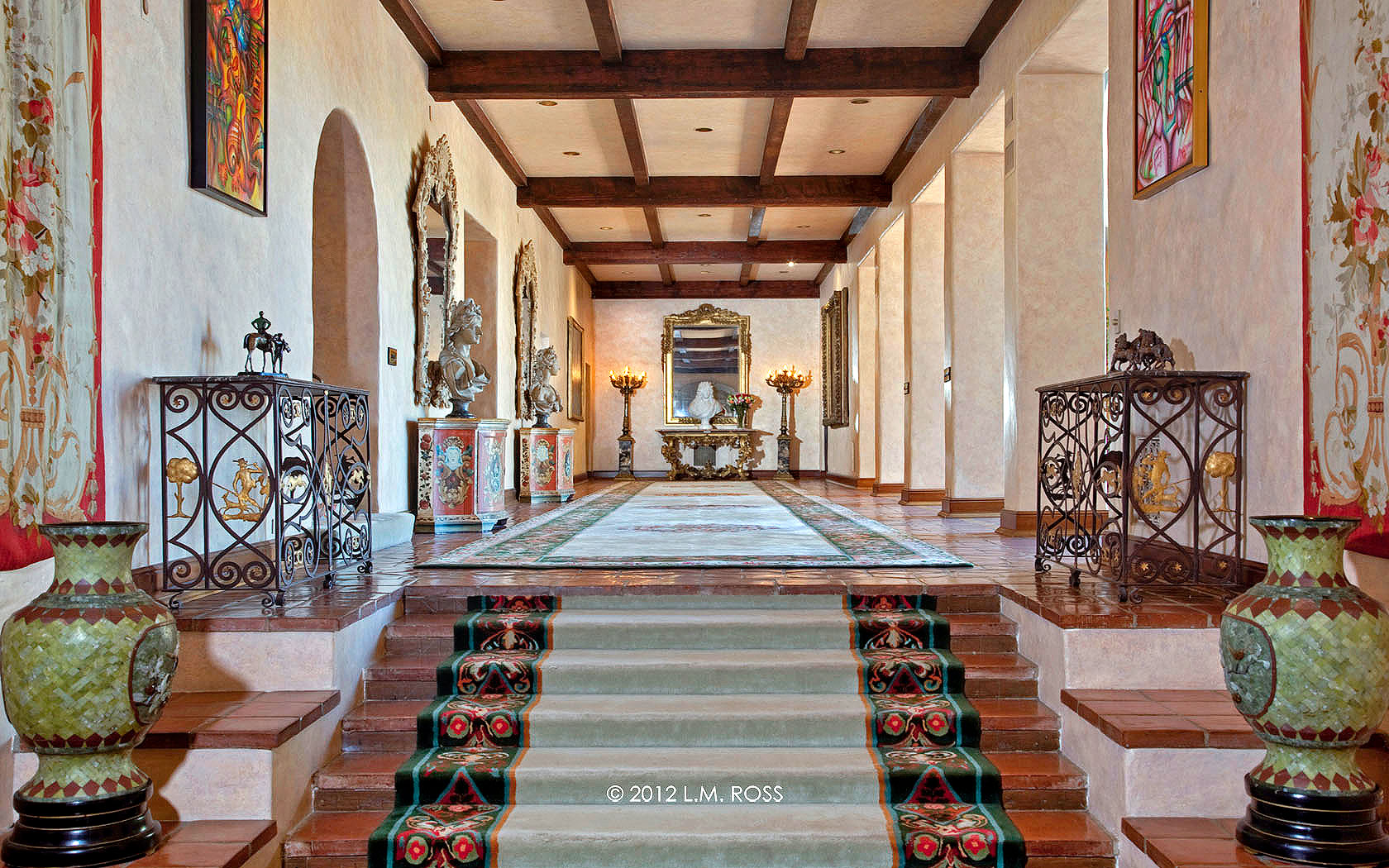 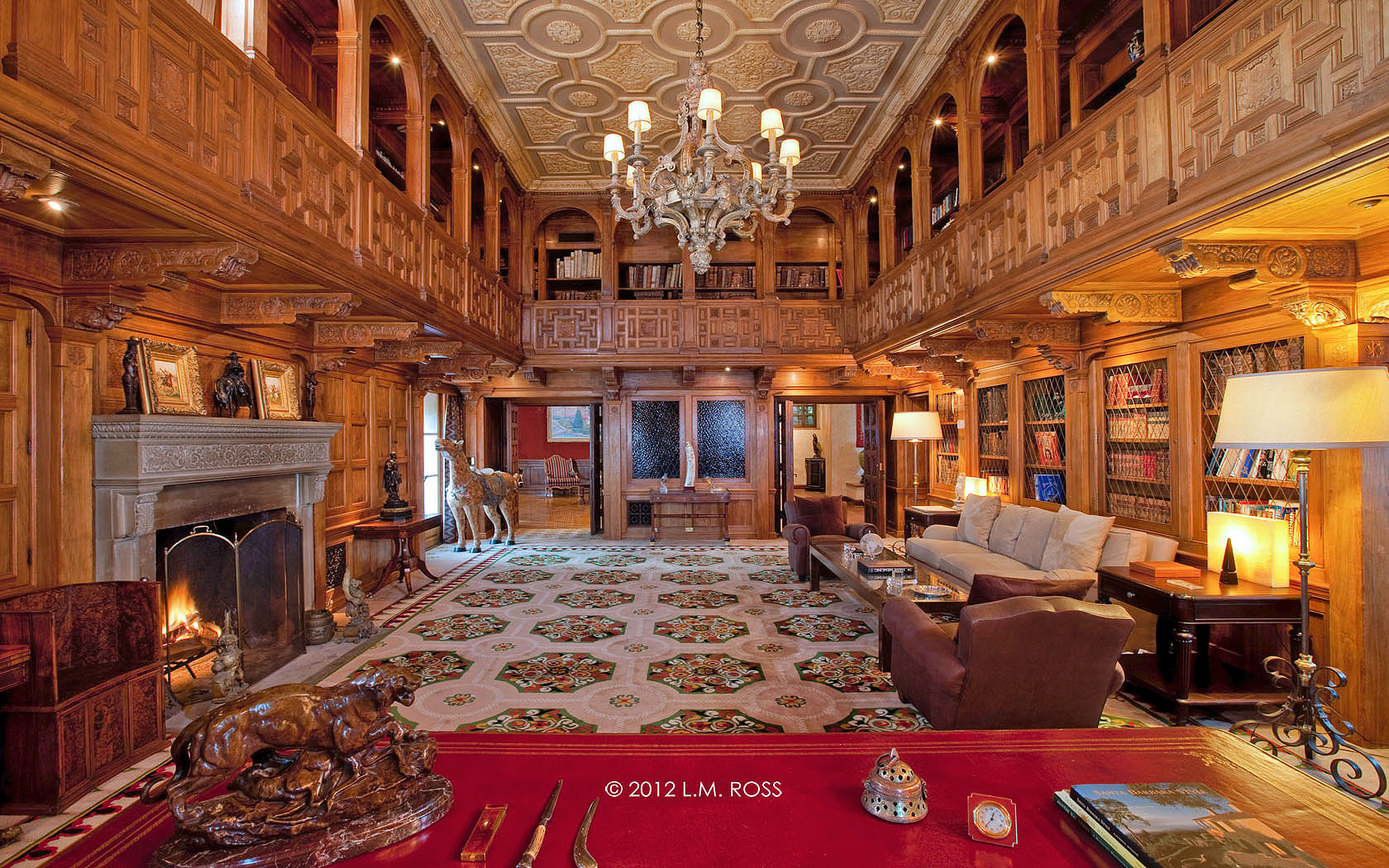 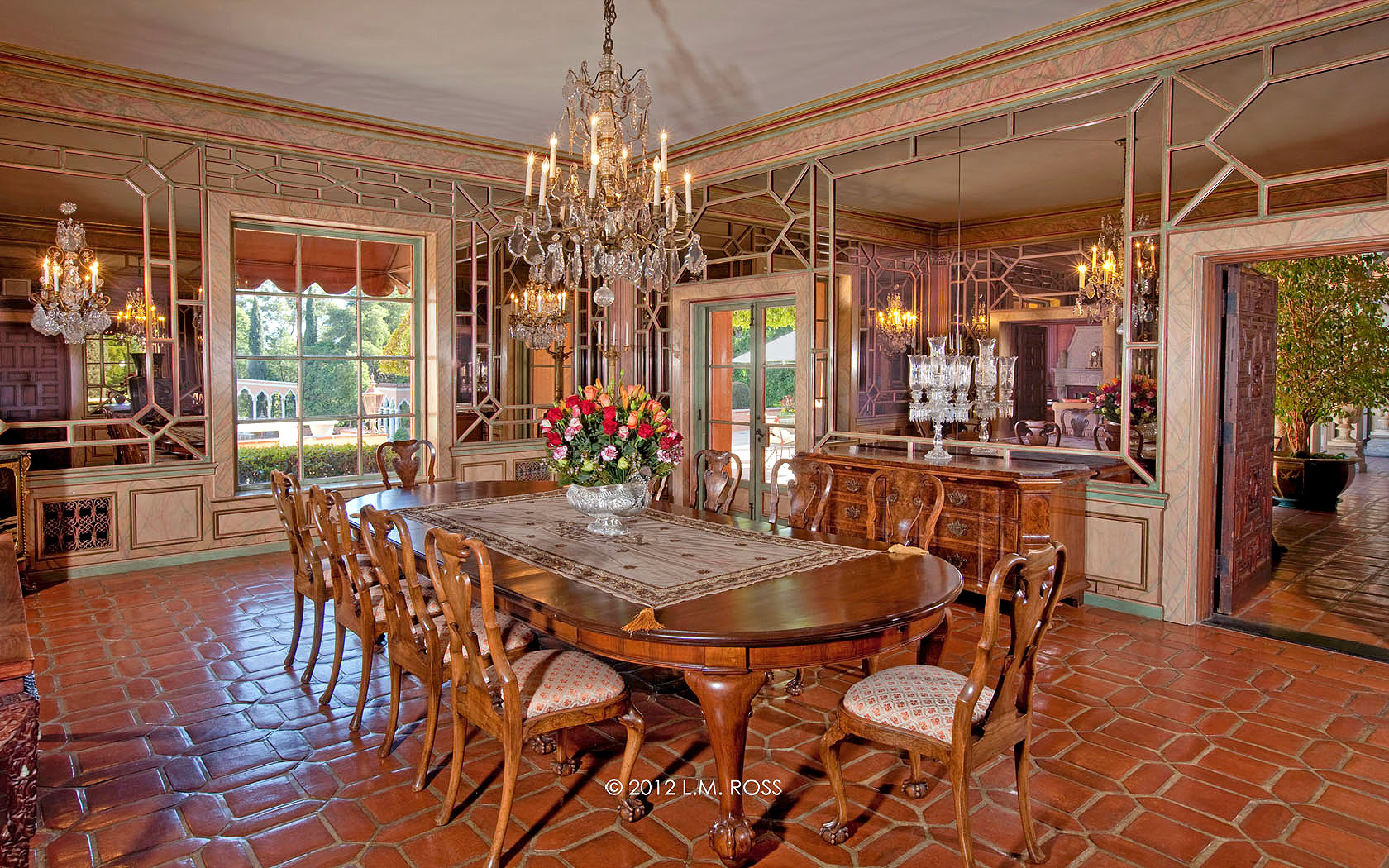 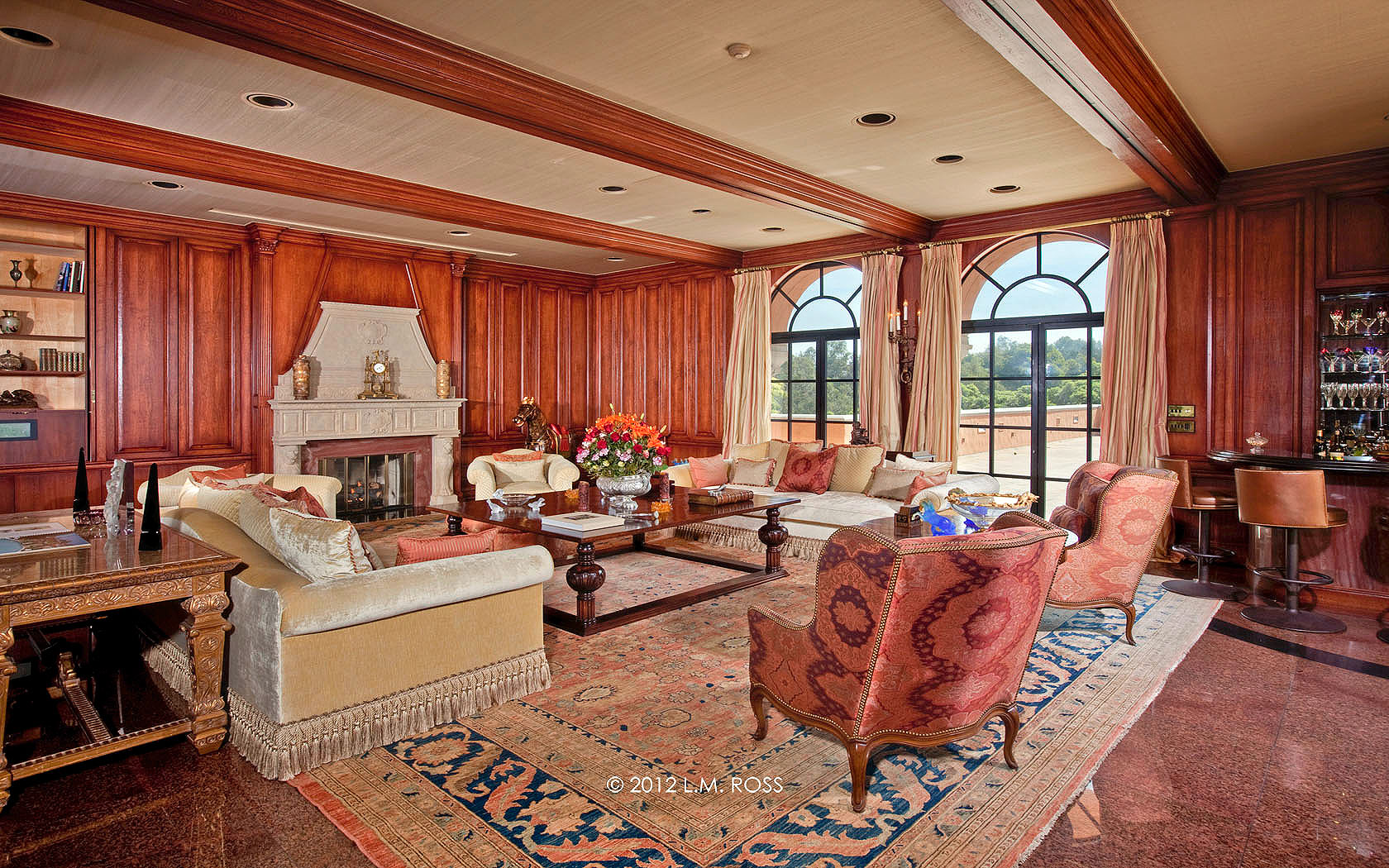 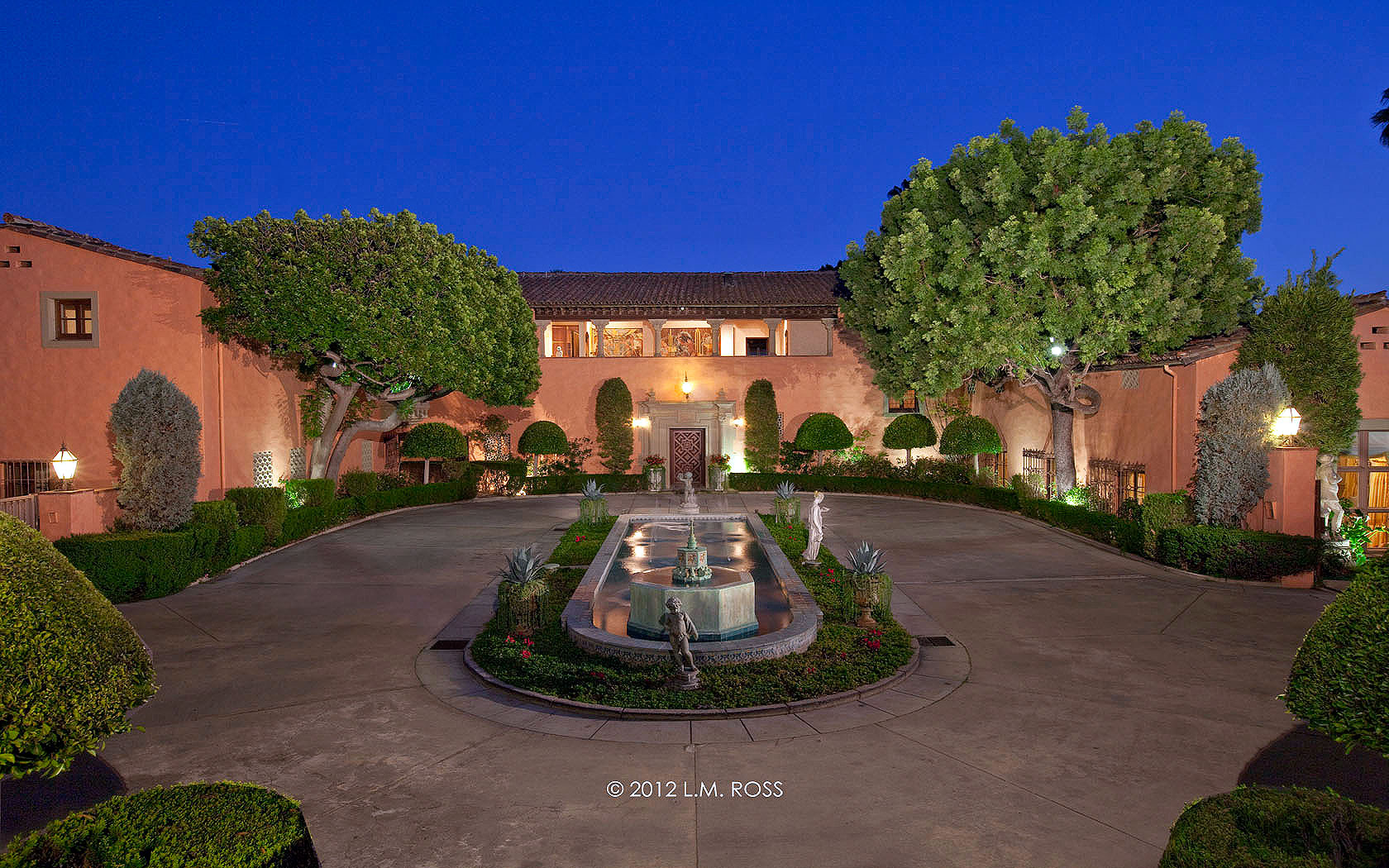 Beverly House, a legendary luxury real estate, is sited on approximately 6 flat acres atop a private knoll 3 blocks from Sunset Boulevard in Beverly Hills, California. With original landscaping by Paul Thiene, entrance gates adjacent a two-story gate house open to a long private driveway ascending one of the city’s longest private drives to a courtyard fountain.

Architect Gordon Kaufmann was commissioned by one of Los Angeles most important families to create his legendary masterpiece. Built of terra-cotta stucco, the H-shaped residence exhibits a perfect combination of Spanish and Italian style, with intricately carved ceilings and paneled walls, French doors, balconies, arched ceilings and floor-to-ceiling windows, which overlook the famous cascading waterfalls to the pool and the Venetian columns beyond the pool house.

The Beverly House was built by banking executive Milton Getz. Marion Davies bought the property in 1946 for William Randolph Hearst, historical figure and most powerful publishing magnate of the 20th century, who moved there from San Simeon and lived at Beverly House where he spent the remainder of his life.

The main level includes a 50 foot entry hall with loggia, a living room with 22 foot high arched and detailed ceilings, and the famed library with hand carved woodwork and staircase leading to second story wrap-around balcony and bookshelves. The billiard room contains herringbone parquet floors and a massive carved stone fireplace mantle from San Simeon. There is also a formal dining room, breakfast room, and family room with outdoor terrace accommodating up to 400 for sit-down dining. A garden level contains an art-deco night-club, wine cellar, and one of two projection rooms in the residence. Another level contains spa facilities with a gym and massage room. The second story contains double masters, guest suites and staff accommodations.

In addition to hosting John and Jacqueline Kennedy during their honeymoon, Beverly House also played a character in the classic movies ”The Godfather” and ”The Bodyguard”. 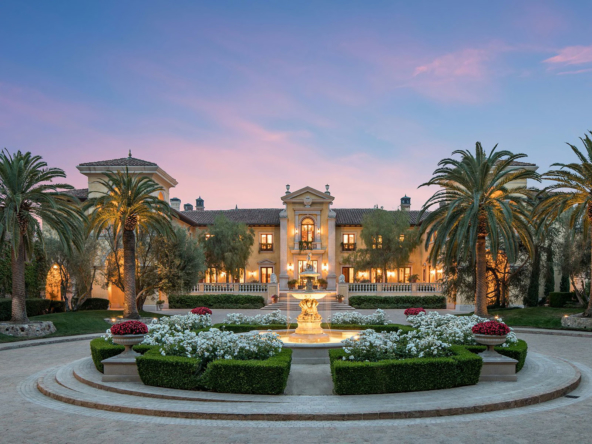 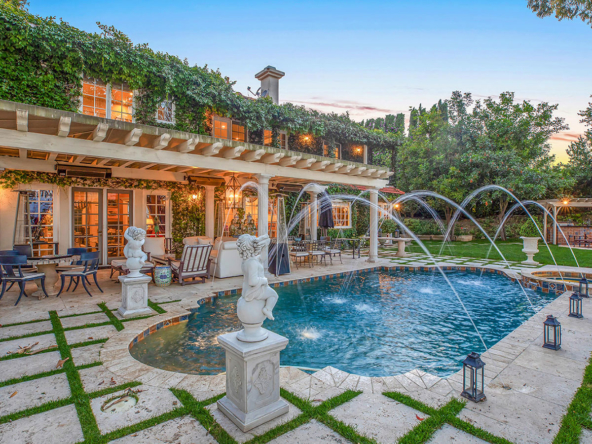 The Summit in Beverly Hills 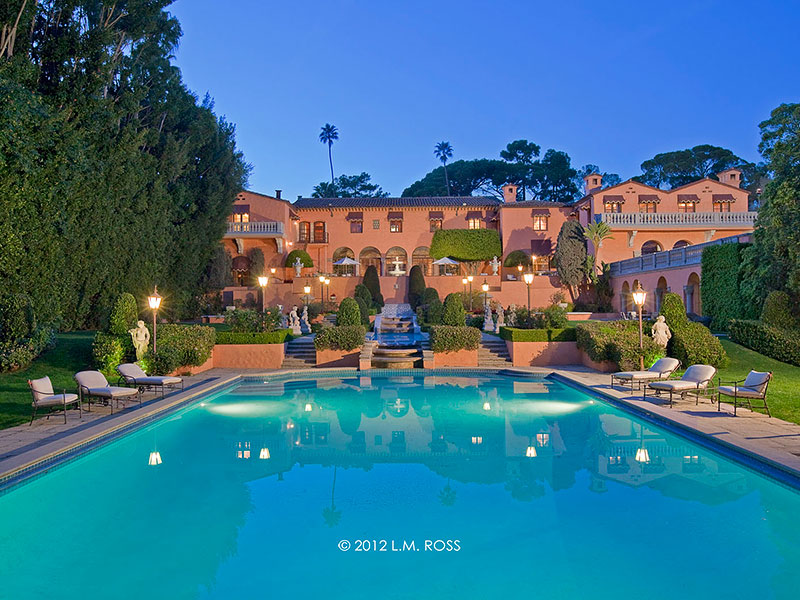 Disclaimer
Finest Residences does not make any representation, warranty or guaranty as to accuracy of any data contained herein, and advise interested parties to confirm all information before relying on it for a purchase decision. All information provided has been obtained from sources believed reliable, but may be subject to errors, omissions, change of price, prior sale, or withdrawal without notice. Measurements and area surfaces are approximate and may be verified by consulting an appraiser or architect. The content set forth on this website is provided exclusively for consumers’ personal, non-commercial use, solely to identify potential properties for potential purchase or rent; unlawful use, distribution or duplication is strictly prohibited and may violate relevant international, federal and State laws.

Send this to a friend